Considerations for directors – the “zone of insolvency”

As we know, the past two years have been a difficult time for many businesses and with such continuing uneconomic uncertainly, it seems there is precious little light at the end of the tunnel yet.

In this article, we consider the potential claims that might be levied at directors of an insolvent company and matters of which directors should be aware.

It is important for directors to recognise what is known as the “zone of insolvency” – a period of time when there is a risk that a company may not be able to pay its debts when they fall due.

Guernsey’s Companies Law provides a two limb test for ascertaining the solvency of a company:

If a company is close to or on the brink of failing either or both of these tests, it can be considered in the “zone of insolvency”.

The duties owed by a director to the company should always be at the forefront of decision making.  A director should:

These duties are owed to the company, and are owed by each director, whether they are an executive or non-executive director.

When a company is in the zone of insolvency, because the conduct of the directors has the potential to prejudice its creditors, the directors must discharge these duties predominantly with the interests of the creditors in mind.

In the context of insolvent liquidation, if, at some time before the commencement of the winding up of the company, a director knew or ought to have known there was no real prospect of the company avoiding liquidation, then the liquidator or any creditor or member of the company can make an application to court seeking an order that the director repay, restore or account for such money or property or contribute to the company’s assets.

A person will not be held liable for wrongful trading if it can be demonstrated that they took every step they should have taken to minimise the potential loss to creditors.  This would include taking timely advice when it becomes apparent that the company cannot avoid insolvency and following that advice.

Misfeasance and breach of fiduciary duty

In the context of winding up, if it appears that any director has appropriated or misapplied assets of the company, become personally liable for any of the company’s debts or liabilities or has otherwise been guilty of any misfeasance or breach of fiduciary duty in relation to the company, then the liquidators or any creditor or member of the company can make an application to court seeking an order that the director repay, restore or account for such money or property or contribute to the company’s assets.

In Guernsey, the Royal Court has held that misfeasance does not include breach of a duty of care, i.e. negligence on the part of the directors. Misfeasance is a culpable deed such as an improper application or diversion of the company’s property, rather than a failure to act, that would give rise to a claim for damages for a breach of a duty of care or breach of contract.   On that basis, it needs to be demonstrated that the issues and losses identified were as a result of wilful and deliberate actions by the directors.

When a director has knowingly carried on the business of the company with the intention to defraud creditors or for any other fraudulent purpose, the liquidators or any creditor or member of the company can make an application to court seeking an order that the director repay, restore or account for such money or property or contribute to the company’s assets.   Fraudulent trading is also a criminal offence.

To establish fraudulent trading, the applying party must demonstrate that the director enabled the company to continue in its business with the intention of defrauding creditors or for any other fraudulent purpose.

English case law has suggested that a director continuing to incur credit on a company’s behalf without any expectation of repaying the debt when it falls due may amount to fraudulent trading.  The key element here is knowledge and the intention to defraud creditors i.e. dishonesty, which is decided on the facts of the case.

Directors should also be mindful of the risk that certain transactions they enter into in the zone of insolvency may be scrutinised.  These include preferences and transactions at an undervalue.

Preferences concern transactions in the six months prior to the relevant insolvency event (an application or resolution to commence winding-up) unless the transaction involves a “connected person”.  An application can be made to court for the position of the company to be restored by a number of means.

Transactions at an undervalue are not currently covered under Guernsey’s statutory company law (although there are proposals under way to change this) but customary law actions are available in the relevant circumstances.

Ferbrache & Farrell is experienced in advising directors and companies which are concerned about the solvency of their business, or any scrutiny of their actions in the zone of insolvency. Please contact Martin Jones or Alison Antill if you wish to discuss any of the issues in the article above. 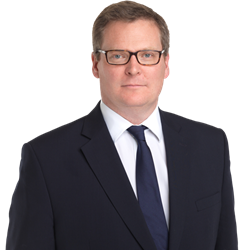 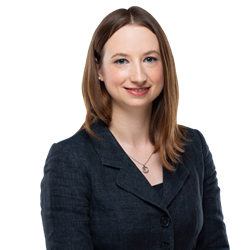